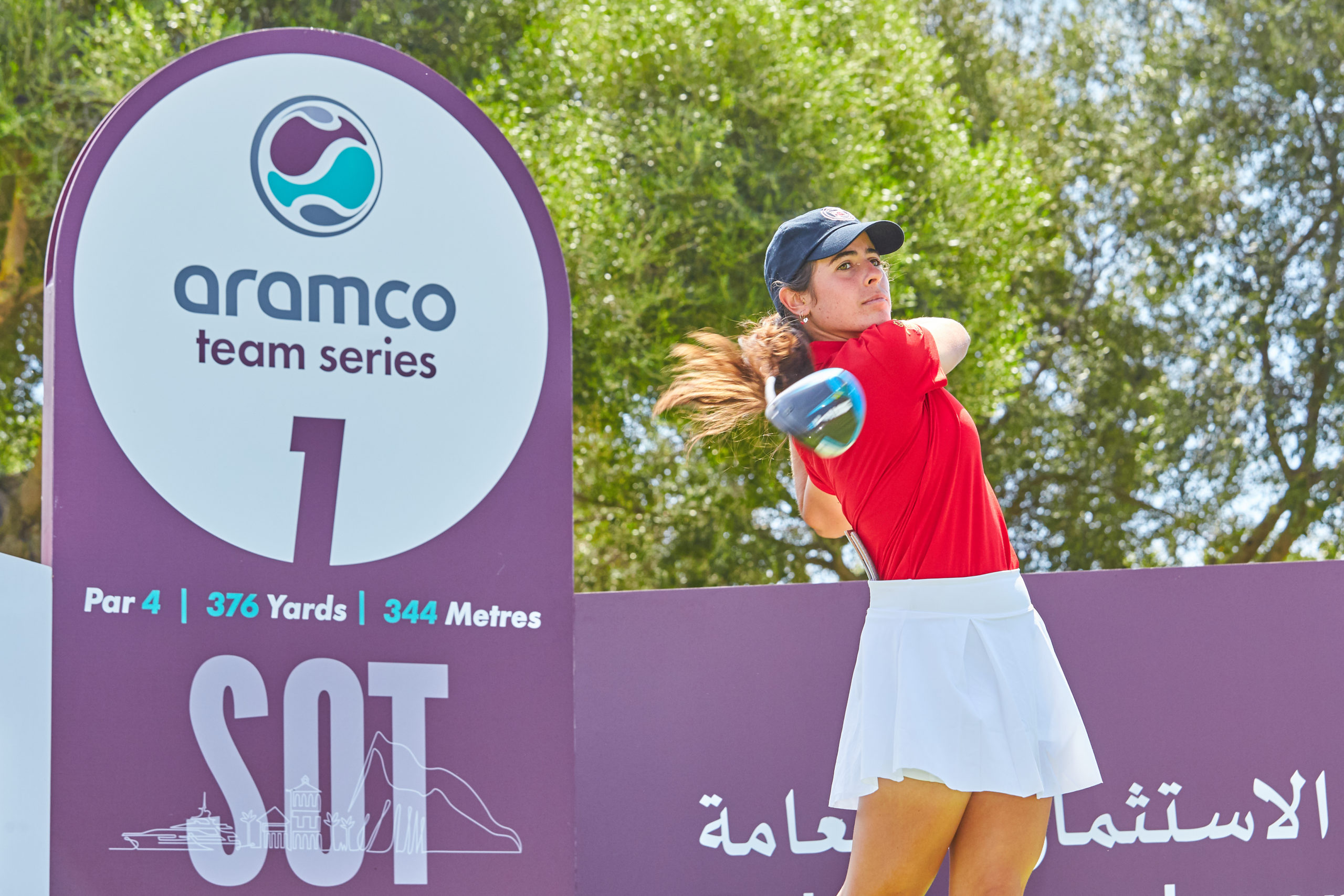 This week, Sotogrande adds to its illustrious sporting history when the Aramco Team Series arrives at the resplendent La Reserva Club. 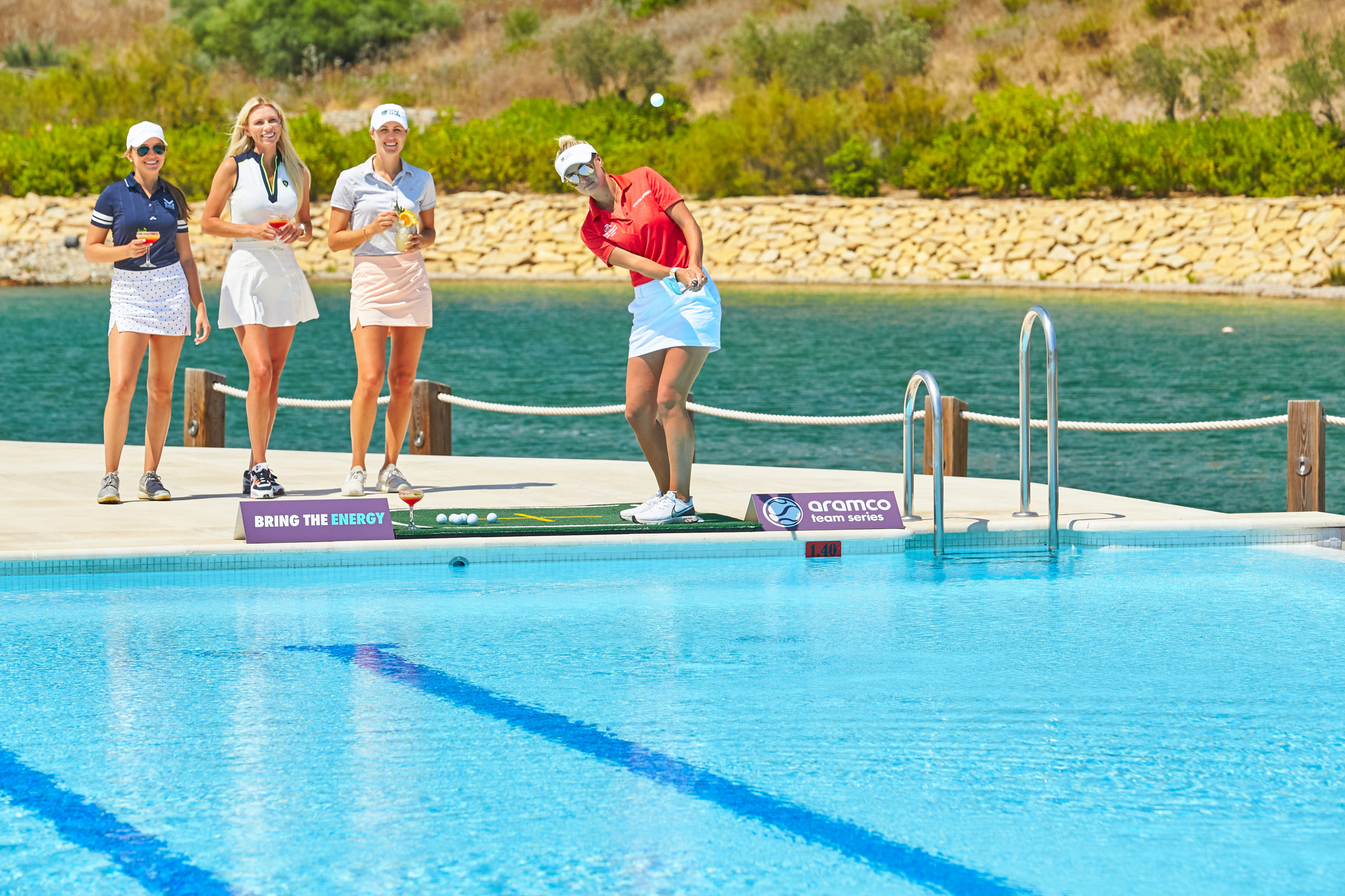 Some of the world’s greatest female golfers are not only set to grace the lush green fairways of the La Reserva Club golf course, but are also ready to sample the refined lifestyle that Sotogrande offers to both residents and guests alike.

The players are some of the first people to experience the brand-new SO/Sotogrande hotel, which opened just last week and is already being lauded as one of the jewels in Sotogrande’s glittering crown.

The five-star hotel, set high above La Reserva Club with views across the sparkling Mediterranean and across to Morocco, features 151 stylish rooms, including 24 premium suites. SO/Sotogrande will provide players with the ideal base for their tournament experience, with peaceful landscaped gardens, the aforementioned vistas and high-class gastronomy.

On top of the hotel, the players have access to all of the fabulous amenities that La Reserva Club has to offer, with many having already sampled the delights of The Beach Club. Known as ‘The Beach’, this state-of-the-art hideaway is Spain’s first and only private inland beach, and it offers guests an unrivalled array of amenities, providing a retreat for players and guests set within the rolling hills of Andalusia. 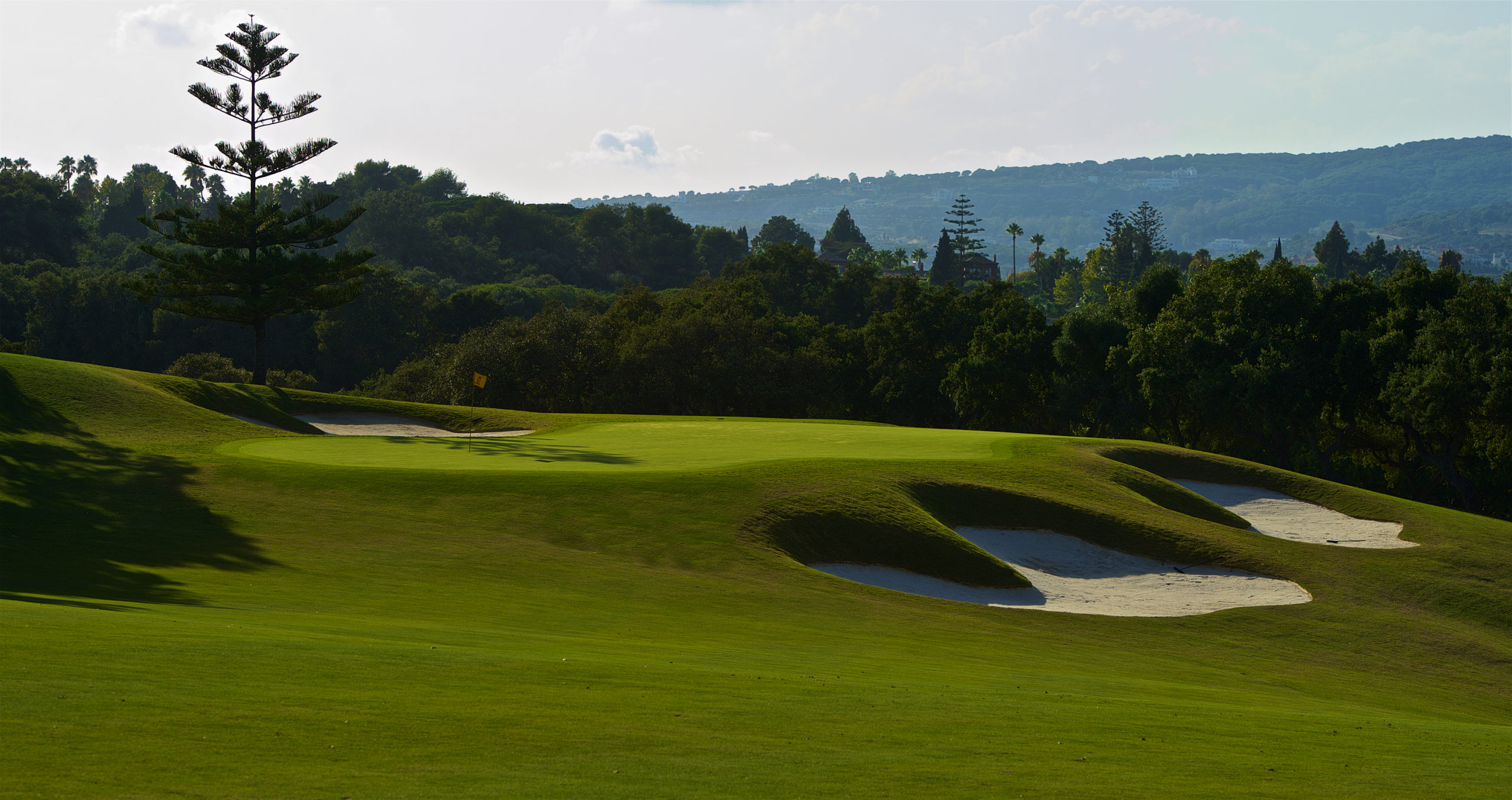 Sotogrande SA, the promoter and developer of the Sotogrande brand, has in recent years enhanced Sotogrande’s reputation as one of the world’s premiere residential destinations, with new private gated communities that inspire a culture that’s based on family, discretion, privacy, and security with a closeness to nature as well as the area’s world-class amenities.

Marc Topiol, Chairman of Sotogrande SA, said: “We are delighted to welcome the Aramco Team Series event to our wonderful enclave this week. I’ve spoken to many of the players already and some of the compliments have been truly humbling; especially from those who’ve travelled far and wide and sampled the world’s finest courses. It’s pleasing to know that our offering is fit to match the very best golf destinations the world has to offer.

“It’s important to us that all of our guests experience the Sotogrande lifestyle, whether here on vacation or for an esteemed, innovative golf tournament like this one. Having seen the players enjoy our fabulous amenities so far, I’m sure that it will be an experience for them that they will never forget.” 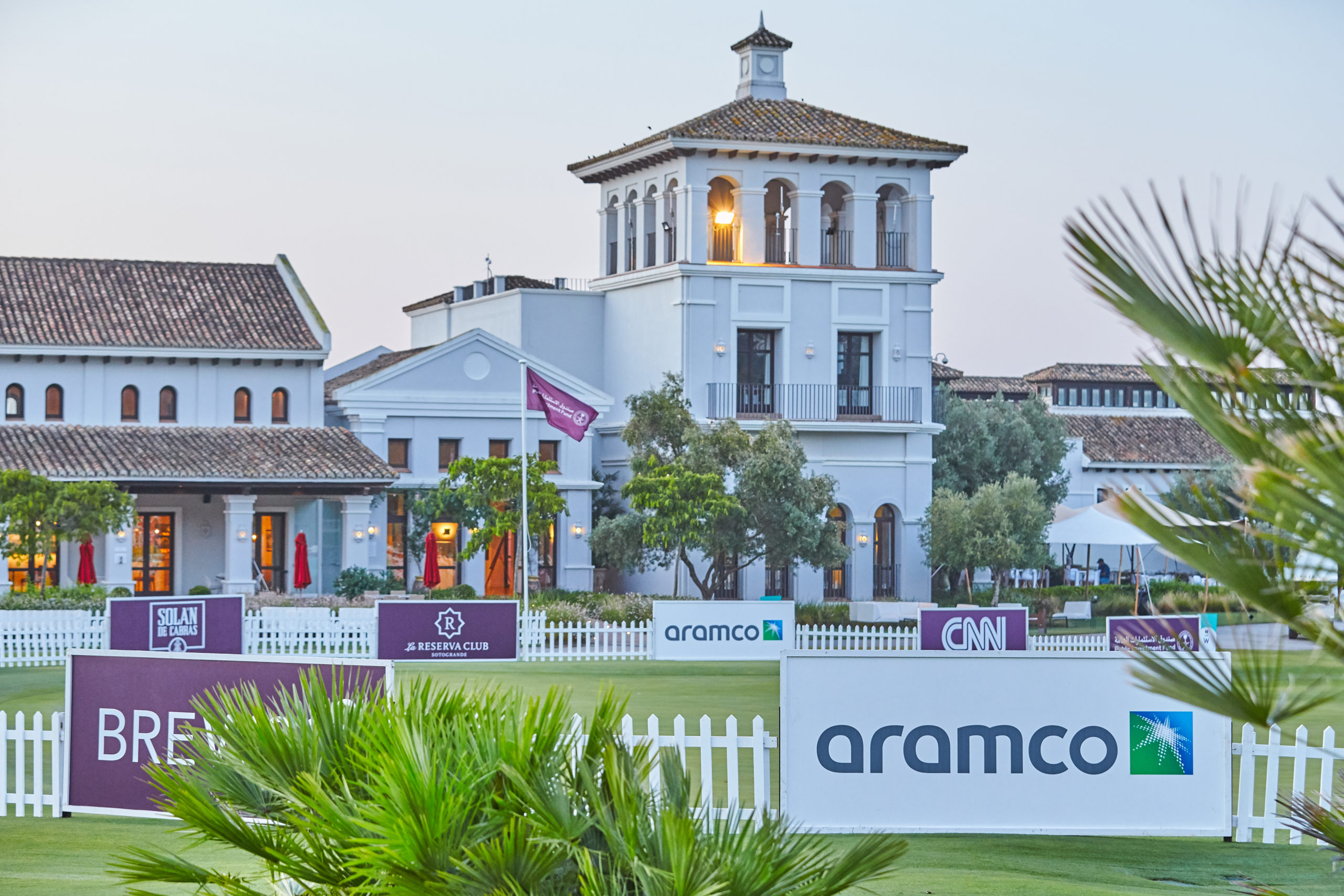 The Aramco Team Series event adds to a long line of global sporting events to have taken place in Sotogrande since its inauguration in the 1960s. Recently, The European Tour’s Open de Espana has been played multiple times in Sotogrande, as has the Andalusian Masters on the European Tour, and perhaps most notably, national hero Seve Ballesteros lifted the Ryder Cup trophy at the spectacular Real Club Valderrama in 1997.
Sotogrande also boasts world famous polo fields at the Santa Maria Polo Club, which this year celebrates the 50th anniversary of the globally-recognised Torneo Internacional De Polo, a competition that attracts the world’s greatest polo players year after year. The Sotogrande Yacht Club also organises and hosts around 20 prestigious regattas per year, including local, regional, national and even global catamaran, Hobie Cat and cruise races.
Unpretentious exclusivity is now irrevocably engrained in Sotogrande’s DNA, and this week the world’s greatest female golfers have the chance to experience those values, and Sotogrande’s family-centric, revered lifestyle, for themselves.

Take a look at some Instagram highlights from some of the world’s most influential female golfers and personalities:

A post shared by A L E X A N D R A (@alexandra.olaughlin)

The Aramco Team Series – Sotogrande is both unique and historic and epitomises Saudi Arabia’s status as one of the most committed investors into female golf today. This Ladies European Tour (LET) sanctioned tournament will be held in Sotogrande, Spain, and is the second of five $1m LET events supported by Aramco this year, preceded by the Aramco Team Series – London and followed by tournaments in New York and King Abdullah Economic City (near Jeddah).

The investment by Aramco as the headline sponsor along with Golf Saudi makes Saudi Arabia one of the biggest backers of the women’s game in Europe today. The four Aramco Team Series events are a significant step forward for both Saudi and women’s sport and follow the hugely successful Aramco Saudi Ladies International presented by Public Investment Fund and Saudi Ladies Team International, which took place at Royal Greens Golf and Country Club in November 2020.

The four tournaments will form an important part of a record-breaking LET schedule, with teams of four players competing over 54 holes. Unlike any other event in world golf, Team Captains will recruit one fellow Tour pro through a draft system, similar to the NFL and NBA. Another Tour professional will be selected at random, while all teams will also uniquely include one amateur player.

This is the only event in world golf where an amateur contributes to the final result in the main competition. Prize money for the winning team will be split between its three pro members. 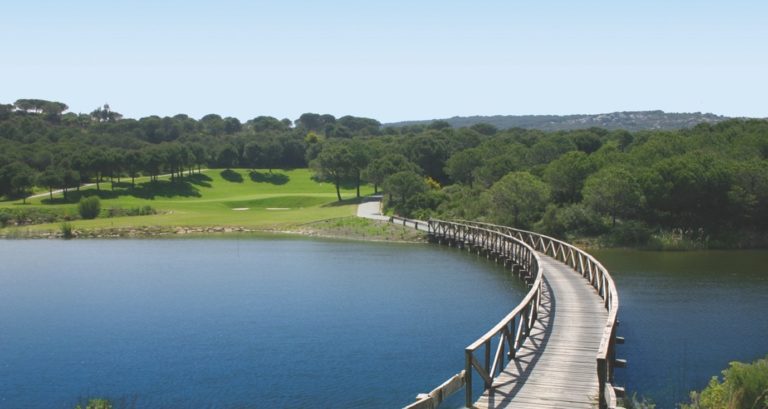 6 Things to Consider When Buying a Home in Sotogrande

Buying property can be complex, and there are numerous considerations that need to be taken into account. These six tips will help you to smooth 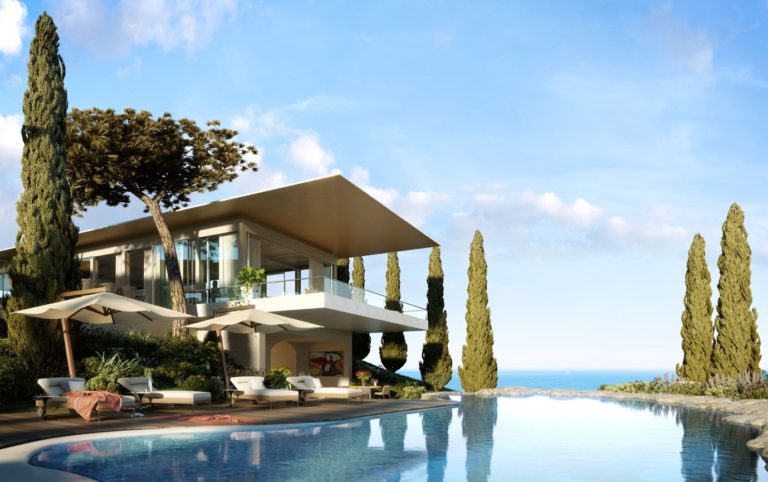 Introducing The Gumuchdjian Villa, part of The Seven

Sotogrande has become synonymous with high-end living with its exquisite amenities, refined architecture, unbeatable geographical location on the Costa del Sol and, of course, the